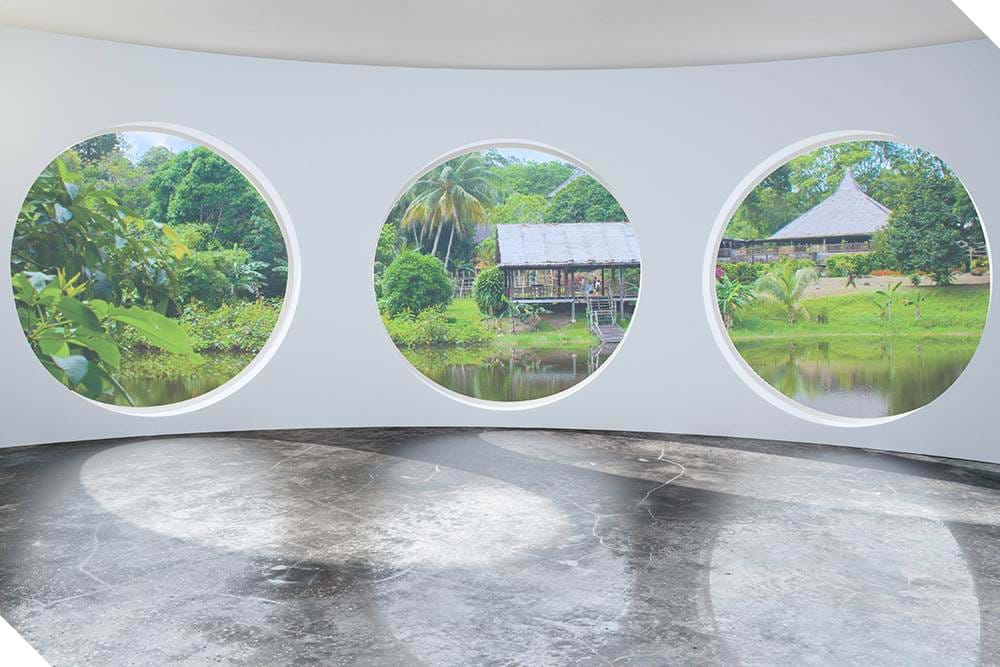 ‘We received a small grant from NWO for research into the reuse of shredded composites from old boats. That project took off like a rocket.’

KUALA LUMPUR - The circular economy has just welcomed an unusual member with the recently opened Villa Park “Rumah Hijau” just outside Kuala Lumpur in Malaysia. What makes the park so special is that the houses have been built from recycled fibre-reinforced composites, such as old wind turbine blades, boats and parts of train carriages.

The first residents are now living in their luxury villas in which wood has been replaced as a construction material. The new composite material is far more resilient to the heat and humidity of the tropics and therefore lasts decades longer. The technology comes from the Netherlands, says Windesheim researcher Margie Topp, who has been involved in this invention from the start. ‘Recycling composites made from resins and glass fibres has now been possible for almost twenty years. Initially, these recycled materials were mainly used to produce strong and flat constructions such as riverside panelling. The first large-scale factory for this opened in 2020. Since then, the technique has made serious advances and now all shapes required for housing constructions can be made. Now the material is just as cheap as wood. And the market is ready for it: although wood might be more aesthetically pleasing at times, when it comes to the circular economy, we need to be slightly less critical about what materials look like. Fortunately, consumers think the same because all of the villas in “Rumah Hijau” have now been sold.’

The project started on a small scale, says Topp. ‘We received a small grant from NWO for research into the reuse of shredded composites from old boats. That project took off like a rocket.’
The researchers chose to produce shreds with a length ten times their width so that the fibres in the composite retained their strength. A small percentage – 10 to 30% – of new resin binds the shreds into a strong material. The process is highly energy-efficient because the hardening of the resin releases a lot of heat. Consequently little energy is needed for the process.
Three years after the first experiment, a pilot plant opened for river panelling and for OSB-like plates that can be used for interior partitions, among other things. The profitable use of the technology in industry soon became apparent. ‘Large energy companies became interested in the technology at an early stage’, says Topp. ‘They needed a solution for tonnes of wind turbine blades. Therefore our technology rapidly took off.’
Although there was a European standard for the processing of fibre-reinforced composite, this did not satisfy the requirements for the circular economy. The old composite was added to cement ovens. The resin was combusted, which yielded energy, and the glass fibres that remained were added to the cement as filler. ‘But, this meant that the good properties of the composite were lost. A valuable material was combusted and you lost the strength of the fibres. That is a waste’, says Topp.

The recycling of fibre-reinforced composites with our new approach has been the new European standard for about ten years. However, it still took some time before more was done with the recycled material than simply road and water construction, such as river panelling, fenders and pressure-resistant panels. ‘That was because we still had to learn how to design with the material’, says Topp. ‘It has different properties from those of wood or concrete. For example, it is less easy to produce complex shapes from it. I’m really pleased that we now have enough experience and creative designers to be able to construct a villa park!’↙

After 2039, clothes manufacturers in Europe will only sell polyester textiles that are largely resilient to “wear” during washing. Bekijk Artikel